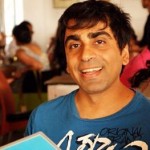 Donald Trump is widely expected to be tougher on Pakistan but his position on immigration has many, including the IT industry, worried. A Hillary Clinton win would likely mean a continuation of Obama’s policies, including a more relaxed immigration policy.

With less than a week to go for what is arguably the most important election in the world, the world is waiting to see who the American people will choose as their next leader.

Never before has a US election been so polarised nor have the stakes been higher for each side and, indeed, the rest of the world.

On one side stands Hillary R Clinton, who will go down in history as the US’ first woman president if she wins, with decades of public service behind her, including a four-year stint as Secretary of State, but whose campaign has been clouded by an FBI investigation of improper email practices.

On the other is the improbable Republican candidate Donald J Trump, a real estate tycoon who has roiled the conservative establishment with his often divisive remarks, beaten veteran politicians by a landslide, and has been hit by one scandal after another, the most recent being an audio tape in which he is heard bragging about sexually assaulting women.

The stakes for India, too, are high, given rising tensions with Pakistan over the Uri terror attacks, the counter-strikes, and the recent espionage case. Ties with China, too, are cold, given that nation’s blocking of India’s entry to the Nuclear Suppliers’ Group as well as its rejection of a resolution to designate Jaish-e-Mohammed chief Hafiz Saeed as a global terrorist. In turn, some sections in India have called for a ban on Chinese goods.

Of even greater concern for India is the issue of immigration to the US, which is closely tied to the Information Technological and related services’ industry that gets a major chunk of its revenues from the North American nation.

And the US-Russia standoff in West Asia is also causing the unlikely post-Cold War prospect of drawing nations into the orbits of one of the two.

While it may be too early to say how things will go after the new POTUS is sworn in, Rajeswari Pillai Rajagopalan, Head of the Nuclear and Space Policy Initiative at the Observer Research Foundation (ORF), says “We have reached a stage where there is a bipartisan approach and support for relations with India.” But she cautions that India will not be a priority for the first couple of years of the new administration with the immediate focus on Syria and stabilising Iraq as Russia emerges as a big power there.

“India and America work together in so many different areas that it almost doesn’t matter who the president is. The institutional engagement on so many levels, our interface with the US Congress, which is independent of the President, is so strong, though the Presidency of course matters a lot,” says Ashok Malik, Head-Neighbourhood Regional Studies Initiative, Observer Research Foundation. About the current administration, he says, “Under Obama’s presidency, India has made gains but they were not as sharp as they were under (George W.) Bush.”

Strategic analyst Shamshad A Khan believes US’ foreign policy and its relationship with other countries is linked with its national interest.

“The change of leadership in Washington is not likely to make major changes in its relationship with the world until and unless its foreign policy planners change their national interests as was witnessed in the cases of US’ engagements with Iran and Cuba.”

Whether India should be concerned depends on how much governments fear uncertainty, feels Neelam Deo, former Ambassador to the US and director of Gateway House, a policy think-tank based in Mumbai. “With Trump would come a lot of uncertainty, with Hillary Clinton who is a known personality in the global stage, (there) will be more certainty but also less change,” she says.

The first thing that the Indian government will want to hear, of course, is a definitive statement on Pakistan. Rajagopalan said Democrats’ interventionist approach may depend on how the conflict evolves in the coming months. “If there’s going to be more of intensified, limited conflict between India and Pakistan, the Democratic administration could take a more interventionist approach but even there they have learnt their lesson and backed off from taking an active position and clearly saying that it’s up to the two countries to sort of through dialogue.”

Khan says Clinton is likely to maintain status quo with Pakistan while Trump is likely to deepen US engagement with Pak’s political and military leadership as they plan to be more aggressive on rooting out terrorism.

“Before Obama, they used to engage them (Pak) during key officials visits to the region. When Bush visited New Delhi, he visited Islamabad too. However, Obama visited New Delhi bypassing Islamabad and he never fulfilled his commitment to visit Pakistan,” he says.

But a new president may not be as friendly as India might be hoping for, says Malik, pointing out that while the rhetoric will be sharper under Trump, the macro position will be equally hard under both. “However, this doesn’t mean America will fight India’s battles for it. It is upset with Pakistan for its own reasons. So it’s not like America will do the dirty work. Trump won’t. Clinton won’t,” he says.

Deo finds it interesting that neither candidate has commented on Afghanistan. “We don’t know what Trump’s policies on Afghanistan will be but we do know that Clinton is likely to continue with the policy of the present administration which is to continue to withdraw (from there),” she said.

Rajagopalan says a Trump administration will see India play a larger role in stabilising Afghanistan because of his negative outlook of Pakistan.

The US can’t wish Pakistan away because it functions as a geographical conduit to Afghanistan. But, a Republican administration will review how Pakistan conducts itself more closely, she says.

Official US data provided for FY15 shows Indians were the top recipients of temporary high-skilled worker H-1B visas, accounting for 70% of the 316,000 H-1B petitions.

“Trump has said ‘Indians are brilliant and we would like to keep them in the United States’ and, at the same time, he has said that they are stealing American jobs and H-1B visa has to be stricter,” Deo said.

Clinton, on the other hand, acknowledges the benefits of attracting “talented people who build businesses and expand the economy,” with a measured approach to outsourcing.

But more than these skilled workers, it is their Indian employers, the majority of who are IT industry leaders, who stand to lose millions of dollars in contracts if they cannot send their Indian staff to the US on work.

Several IT companies say they expect stability from the next US President.

“The world is vulnerable to Brexit, the refugee crisis, shifts in power, and the changes in balances,” said Umeed Kothavala, CEO and co-founder of Pune-based Extentia Information Technology. “There is a great need for stability, for someone who can help lower the temperature of prospect quo rather than raise it.”

“The industry will gain from stability which makes Clinton a safer bet,” Abhishek Rungta, Chief Executive Officer, Indus Net Technologies, said. “Trump’s statements on business have been unclear and inconsistent. A crackdown on H-1B visas would hit profitability while restrictions on BPO could lower revenue,” he added.

Trump, on the other hand, “seems more rigid” and gives no “picture of certainty”, said Sajeel Khanna, Senior Vice President of tech consulting company, BluEnt. Under Trump, Indian firms may have to reposition themselves more strategically, he added.

NSG, UNSC membership
India’s bid to get entry into UNSC and the NSG has the US’ backing but China refuses to support the bid, the latest rejection coming this week.

“The US supports India’s entry into the NSG but then it has to put pressure on China to withdraw its objection because most other NSG members don’t have objections,” says Deo.

Rajagopalan believes Hillary’s approach will be the same as the Obama administration’s, which has taken up India’s membership issue, but not made the kind of political and personal investment made by George Bush in getting the NSG waiver in 2008.

“When there was a problem, he (Bush) picked up the phone and talked straight with Hu Jintao and got China to support us (India),” she said. Compared to the Republicans, Rajagopalan says the Democrats will be “less forthcoming in their endorsement of India’s NSG membership.” 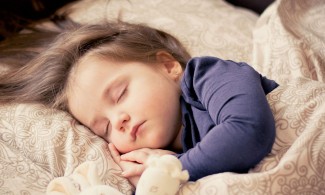 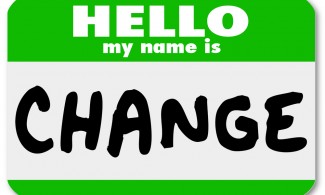 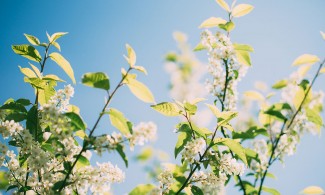 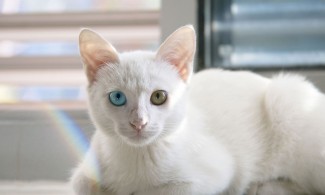